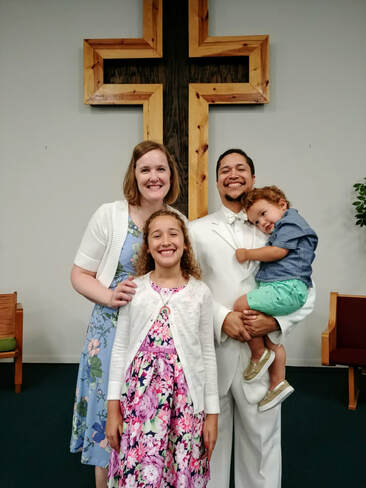 ​A graduate of the United States Military Academy where he majored in Behavioral Psychology, Kevin served in the United States Army before receiving his calling to serve the Lord.  After receiving his Masters of Divinity from George W. Truett Theological Seminary, he was later called to be Lead Pastor at NHBC in February 2016.  He is joined by his wife, Laura, and their children, Kayla Mae and Connor.  While Kevin was born in Louisville, KY, he says he got to Texas as soon as he could.